PIRATE Summit 2019 in cologne with EventComedy 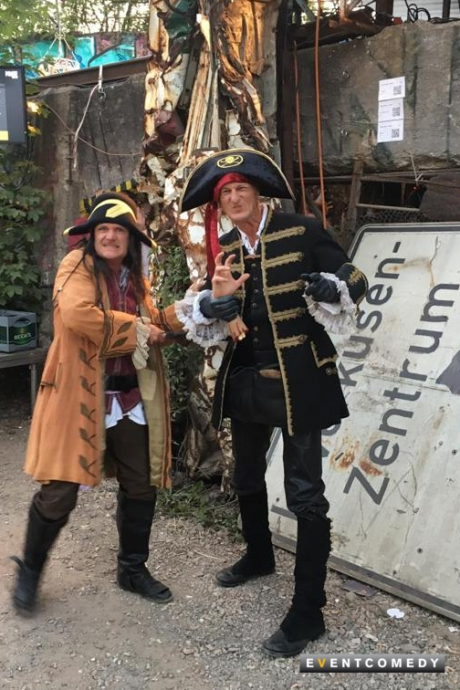 Creepy but effective, the event pirates appeared at this year's PIRATE Summit, the craziest startup conference, in Cologne. The task was to bring the guests quickly from the lecture catacomb to the event stage. But that was not all. The performance, which Engelbert Kobelun offered in the best street show manner to those waiting in front of the main stage, was honoured with loud "ARRR" and applause.

"Great. We could ride our bicycles to the show. This happens every 10 years. The looks that accompanied us (in full pirate gear) were worth their weight in gold," says Burkhard Schmidt.